Evidence Acquisition, involves locating the highest quality, relevant literature, usually from the nursing and medical literature, to begin to answer your question.  Carefully chosen "filtered" evidence are usually systematic reviews, meta-analyses, or other overviews of the evidence. These assure that evidence is high quality and relevant. "Unfiltered" evidence such as student literature searches are based on the clinical question. While students use filters to narrow the results in the literature search process, this type of evidence is considered unfiltered.

The process of evidence acquisition and appraisal is called "Evidence Grading". Grades of evidence vary in their ability to predict the effectiveness of health practices, with higher grades of evidence more likely to reliably predict outcomes than lower grades. 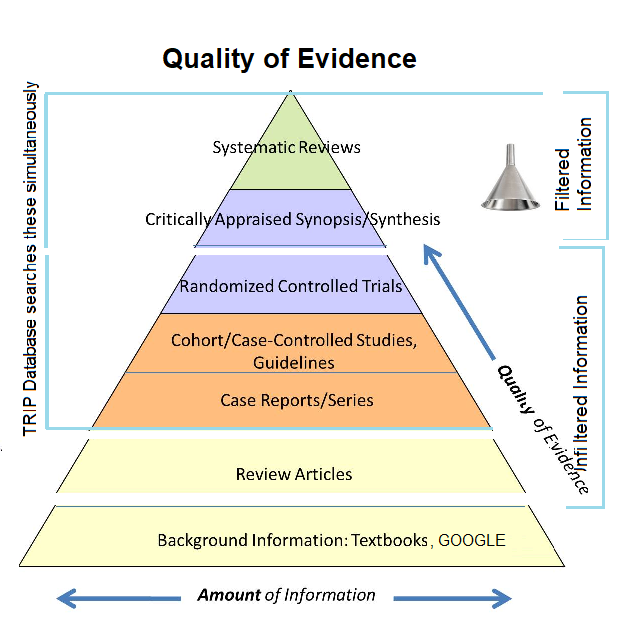