Welcome to the NSU CON-SAH Library 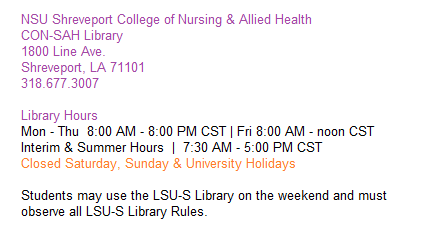 Thank you for visiting our Libraries!